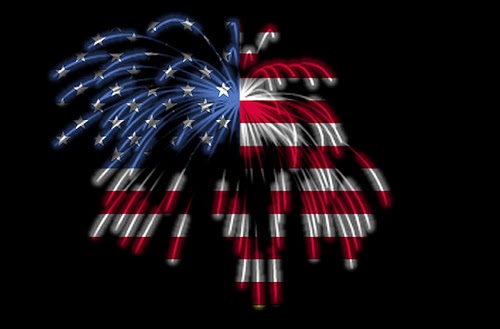 People blowing shit up in the sky and scaring my dogs again. It's just pretty sulfur!!
So before you go see fireworks ask yourself this. Why was the USA born? What WAS all the complaint that we had to break away from our Imperial host back in 1776?  Taxation without representation? Stowed tea? Runaway Masons? No!

It was one simple thing - TYRANNY! Liberty is not the same as freedom.

There was no freedom of movement for the common classes in England. A monopoly on power run by Royals and Priests together made Colonists realize the FIRST thing we should do here is put a WALL up between Church and State. Land grabs, legislative bedfellows. Oppression by both. But... Egalitarian. Illuminated. A land of new Liberty far from grinding institutional preservation of lineage and church doctrine under heavy seal. A way OUT. So now, stay with me here.

Never a Christian nation declared (see Treaty of Tripoli), this Republic has been grandstanded by Democracy goosestepping and buried under ash by Biblical stories wanting a Middle East on both sides too.  Oh, what a difference a Deist makes.

So, Happy Fourth - though I don't know why we celebrate a birthday for something that died 137 years after it was beautifully born. We're not who we think we are. You can't celebrate a birthday if there's no presence at all.  These struggling states United as America. Not "US" or "USA" corporate entities. Land of Liberty! So please, as you glance upward this weekend realize all the fireworks are just swamp Disney if you truly don't know the story.

Wave to Tinkerbell and forget all the Paine. 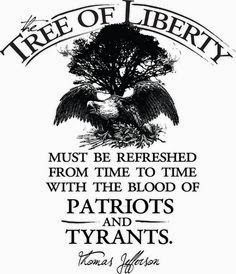 You have but ONE Liberty.

As, they said, was endowed by the Creator to be self evident - an equality not corporately fictioned - and SOVEREIGN. You ARE the government. They're supposed to be mere shadows of you in that District. You are what they set up now though. All the agencies and bureaus and NGO bullshit - even nonjusticed Robes, that's not representative government. That's all cancer.

And it's eating us alive while we say "Yay" to chemical skies at night pretending to be bombs but sure as hell packed with a finale.