No More Support: When Buildings Fall 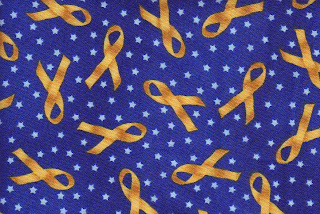 Enough is enough. Now they're kicking out $20,000 per new recruit as a sign-up bonus to get new bodies to run guns and drop bombs. That's some people's entire annual salaries, and that can't be right. What's more -- that's your money and my money they're dangling Minty carrots with!!!

That's right. Rich corporate bastard overlords of the Military Industrial Complex are using the common man's money to get his neighbor's kids shot dead somewhere else in the world. And they just sit at conference tables and on yachts. Testing their tech toys out on human flesh and whole cities. And dangle, dangle with a paycheck while you foot the whole bill.

Then they have the NERVE to make you feel guilty too.

Yes, Middle Eastern countries and many others make it mandatory to serve in the military, though I don't know how you can remotely call yourself democratic if you do so as a State. So whenever I see a yellow ribbon magnet (pink, blue whichever really) I think -- "YOU KNOW WHAT? I DO SUPPORT THE TROOPS!" Here's how: I picture myself at the last public event I went to, and where a dullard person asked me that insipid question to break some form of ice destiny forgot to make rock.

I pulled my pockets inside-out to show destitution. "Every time I pay may taxes, good citizen."

I don't support the War because I have my own mind. I will not kill another human being for the government, you, or anyone else simply because you call him enemy. Not mine! Yours. You want him dead? You do it, and not on my dime! And hell, I don't even know what support the troops means! They have Congress shipping them money all the time. What else do they need?

Comfort while they do a dirty man's deed?

Liberty and Freedom are words. Ideas. Show me them in your front yard. Show me them in makeshift prisons. Show me them at your job. The grocery store. On your cell phone bill each month. You see Liberty there? Even her statue groans holding up a torch and a heavy book. Freedom anywhere? Do you REALLY do what you want? Concepts for which people die. That's religion! Not State!

Have you seen Why We Fight yet? I highly suggest it, because an Empire is who you really support. Even in Star Wars I think that was the bad side. Here's the trailer:

It's a very balanced film that looks at our Empire and its standing armies, not the usual sensational CON stuff I find so entertainingly revealing. All through the film they ask that question to citizens. They all answer "freedom" of course. At the end (no spoilers), they ask a military veteran who was there on 9/11 (no no no silly - at the Pentagon -- under the other cup!) and whose life has been changed profoundly as a result. The movie ends with this soldier's answer, and you will never stop hearing it in your head if you truly, truly listen.

Then, look at the burned bodies again. Women. Children. Attacked while they sleep. And the smiling soldiers driving the machines and shooting the guns for the corporate suppliers of death.

I'm weeping as I type this. The babies. The children. The visceral cuts through the treacle, and the polite, Daily Show Level Bush bashing. We're the bad guys. Those children weren't terrorists. Those dead babies never chose jihad. We did. We do. The fact that I'm here, being a good worker bee, instead of throwing bricks and flaming bottles, shows that we all have a price. We all look the other way, or change the channel to something entertaining.